This area offers a wide range of historical locations, for history lovers or simply the curious... 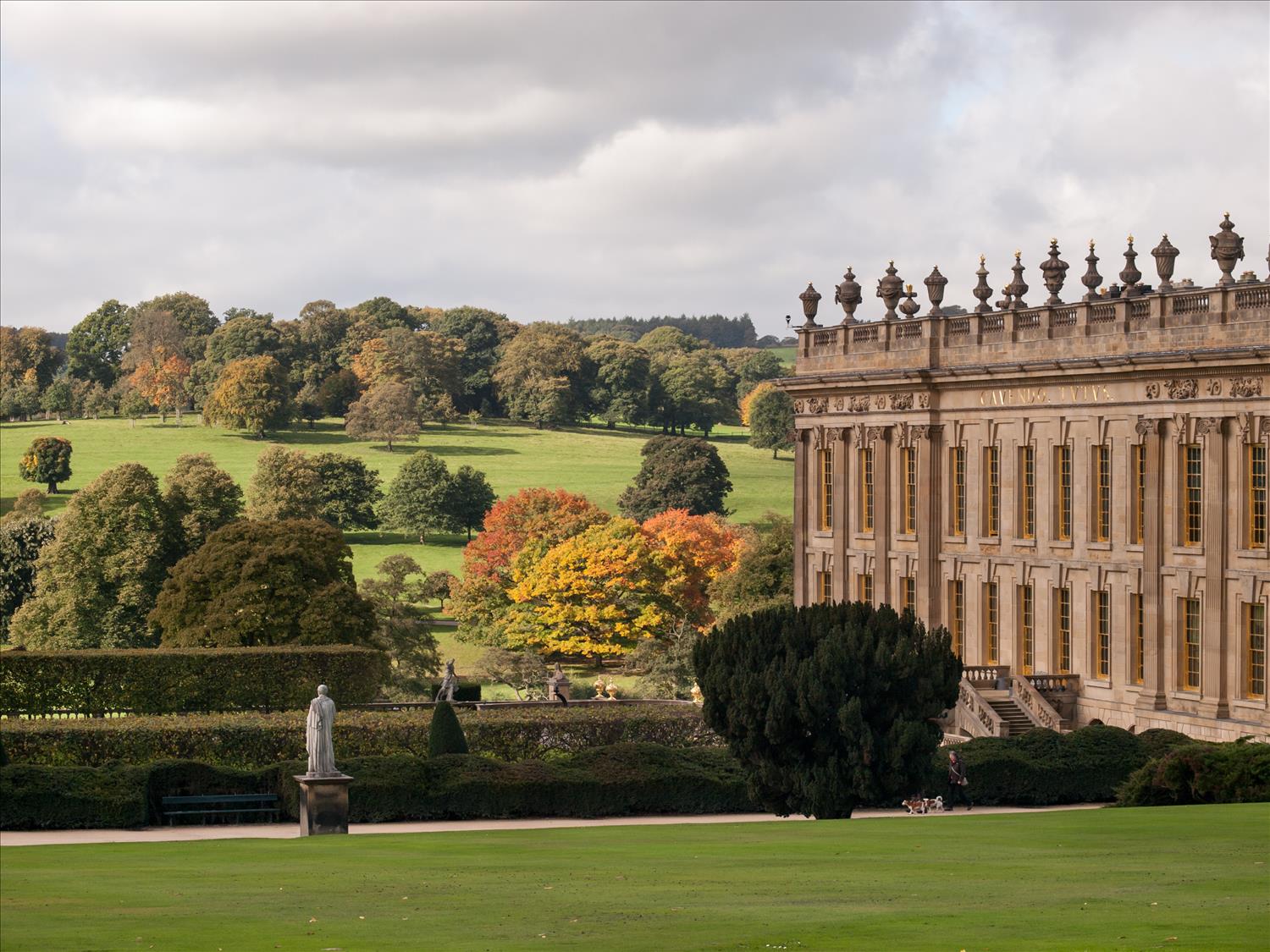 Chatsworth House, one of Britain's greatest stately homes, has a rich historical past, having been passed down through 16 generations of the Cavendish family. Chatsworth House and its gardens cater for all ages and tastes, offering historical visits to the House, fabulous gardens scattered with contemporary art, a Farmyard and Adventure playground ideal for the little ones, and stunning scenery for walking or running. 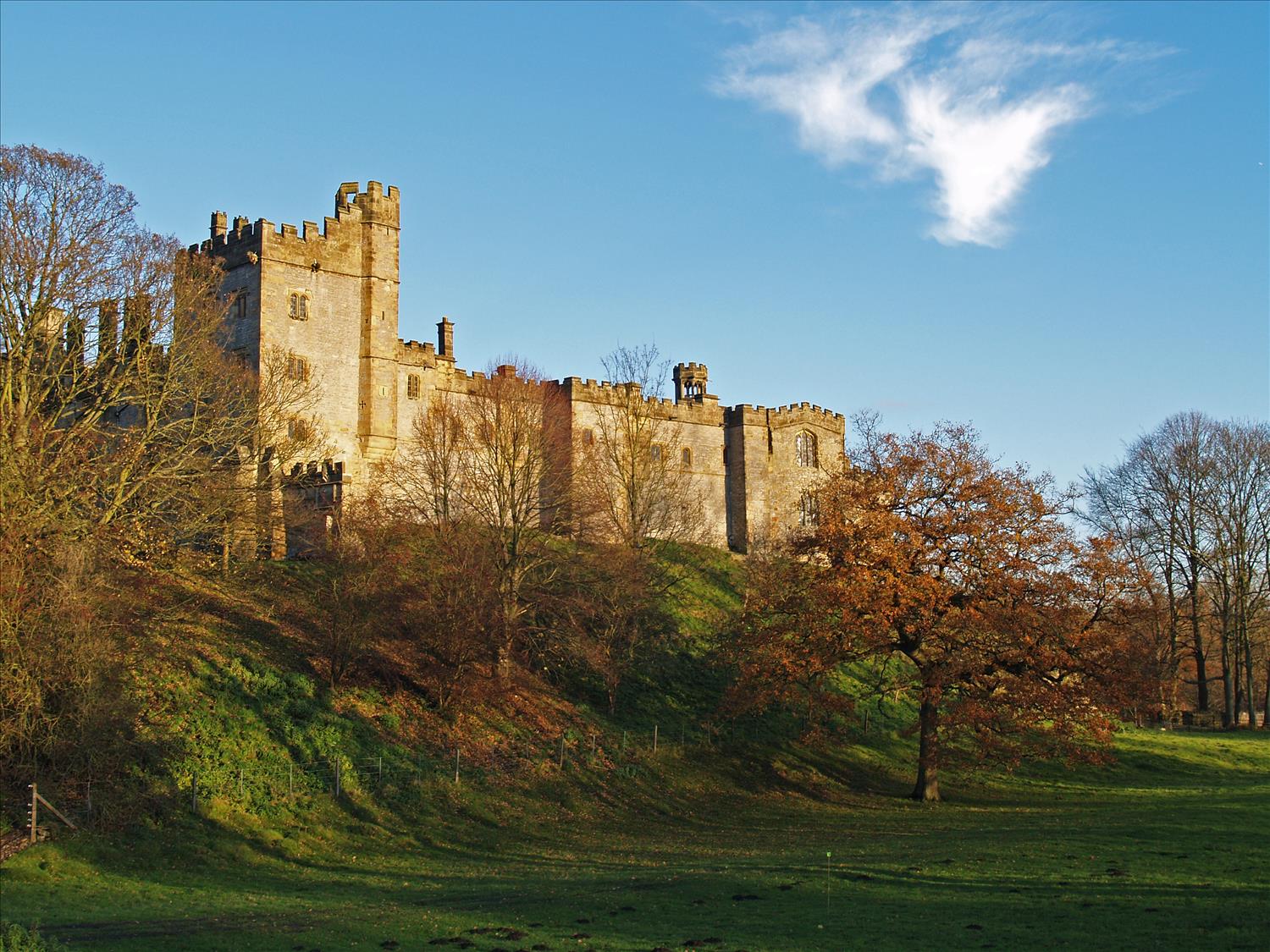 Haddon Hall has welcomed visitors for hundreds of years and its beauty and atmosphere never fail to enchant.

With sections dating back to the 12th Century, Haddon Hall is one of the best preserved houses to survive from the middle ages. It sits like a jewel in the heart of the Peak District National Park, with its Elizabethan terraced gardens overlooking the River Wye. 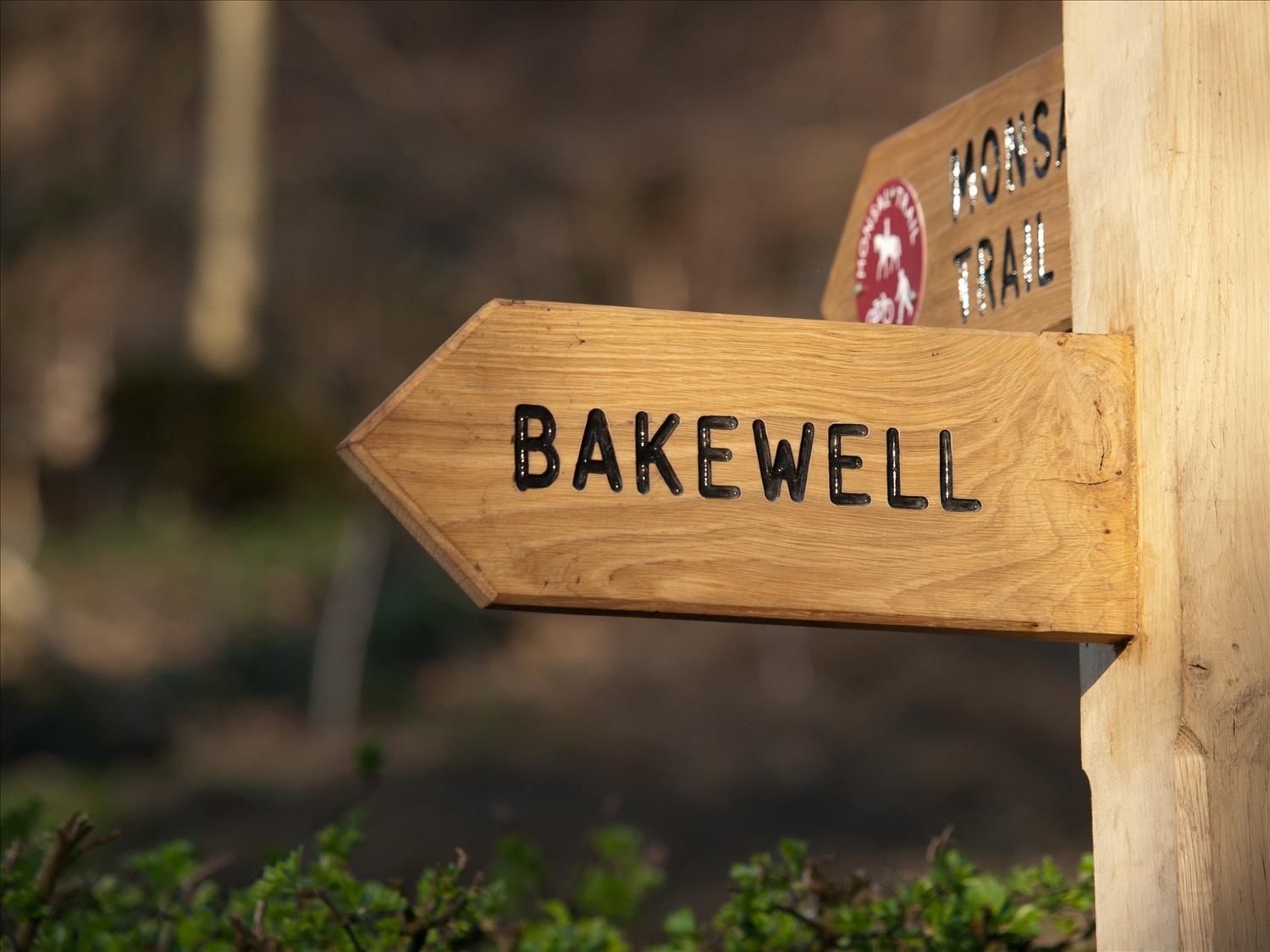 Bakewell is thought to date back to Anglo Saxon times. Overtime the town has grown around its Parish Church, a Grade 1 listed building, which was founded in 920. A 9th century cross is still standing in the churchyard. The present church was constructed in the 12th and 13th centuries but was virtually rebuilt in the 1840s.

A market was established in 1254, and Bakewell developed as a trading centre. Bakewell market still happens regularly every Monday, including a farmers' market held in the Agricultural Business Centre, which is home to one of the UK's top five weekly livestock markets. 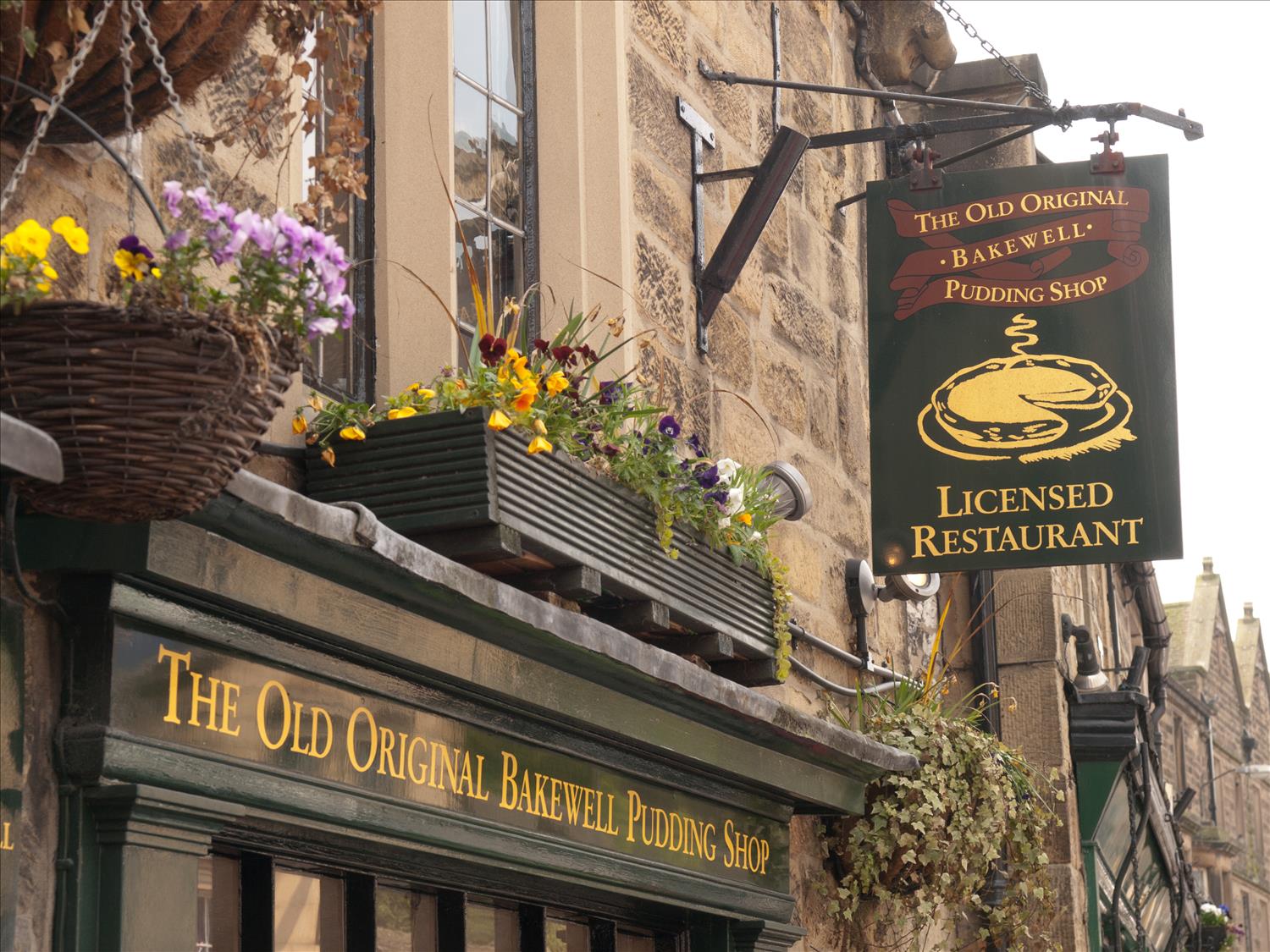 Bakewell is known for the Bakewell pudding, a jam pastry with an egg and ground almond enriched filling. The origins of the pudding are not clear; however, the generally accepted story is that it was first made by accident in 1820 when the landlady of the White Horse Inn (now called the Rutland Arms Hotel) left instructions for her cook to make a jam tart with an egg and almond paste pastry base. The cook, instead of stirring the eggs and almond paste mixture into the pastry, spread it on top of the jam. When cooked the jam rose through the paste.

The result was successful enough for it to become a popular dish at the Inn. Three shops in Bakewell offer what they each claim is the original recipe; The Old Original Bakewell Pudding Shop is situated on Bridge Street and their bakery is located on Riverside Business Park. They supply their produce all over the country. 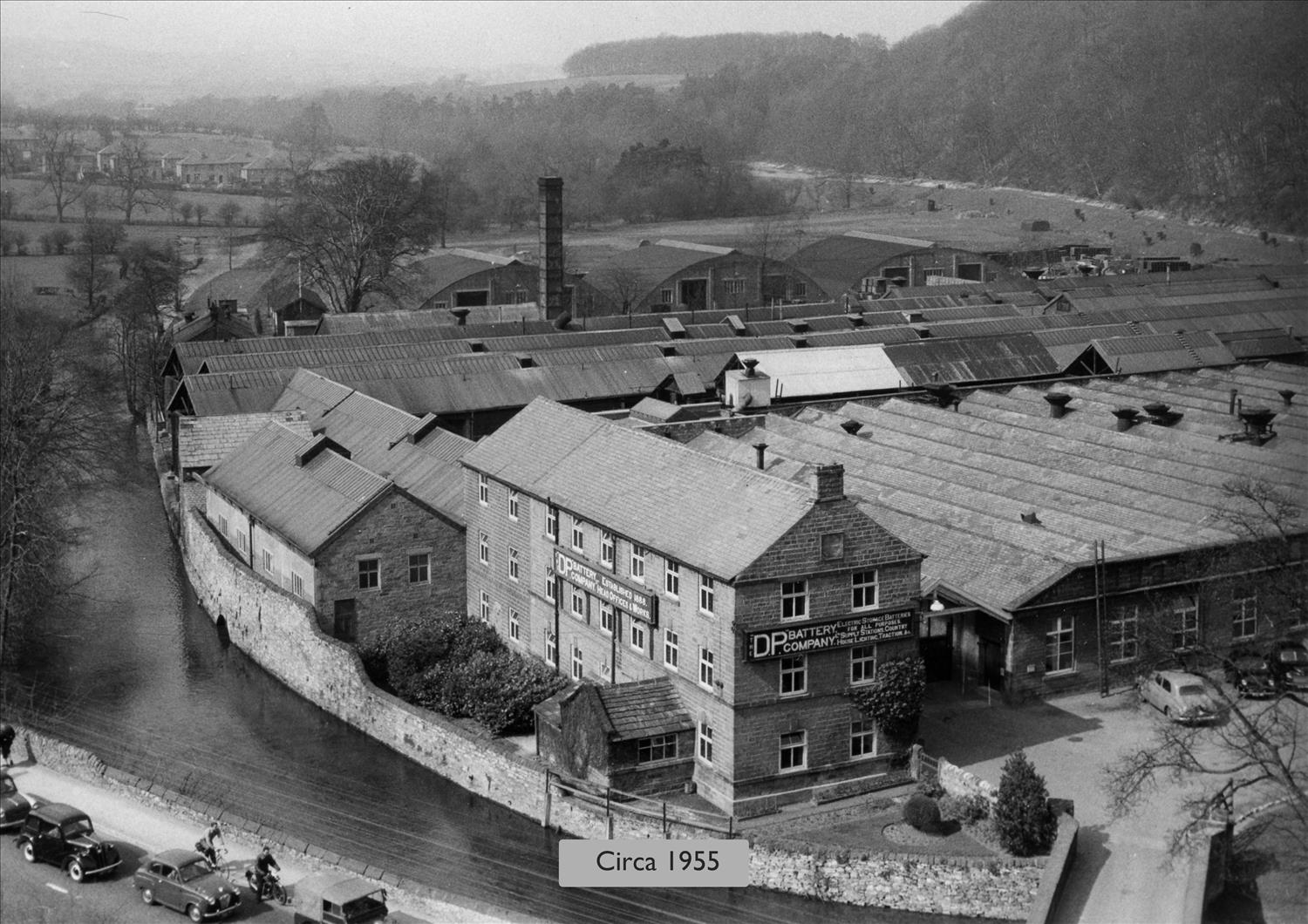 Riverside Business Park was established in 1777 as a revolutionary cotton mill by Sir Richard Arkwright, a local businessman, who saw the potential of the level ground near the river, and built the third of his cotton mills, Lumford Mill. Throughout the centuries it grew as a thriving industrial site.

The four-storey mill – the first powered by a river – became Arkwright’s most ambitious project. It was large for its time and at its peak it employed 350 people. Riverside Cottages and the other cottages on the Lumford access road (Holme Lane) were built for workers on the site.

In 1868 a large fire destroyed the original buildings and its extensions. Only two water wheels, some riverside buildings and a chimney were left intact.

The popularity of the site increased when gas lighting was replaced by electricity and during the two world wars, when demand for large batteries increased enormously, as they were an essential part of the power unit of a submarine.

By 1961 the factory was employing 400 people and it kept flourishing until closure by Electric Power Storage Ltd in 1970. In the early 1970s the site was sold to Sheffield company W Fearnehough Ltd, an agricultural cutting tools, saw and cutlery manufacturer, which ran its business there for several years, until it sold the premises to Litton Property Group in 2001.

Litton Property Group are now working through phases restoring the site to its former glory through significant refurbishment programmes. Riverside Business Park is still the largest employment site in the Peak District.

Few rural towns in the Peak District have an industrial heritage site with such an interesting history and which has employed so many over the centuries.

Remains of the old mill race, water wheels and gates can be seen from the cottages.

The bedroom windows overlook the mill race, where the river was diverted to run water over the water wheels. 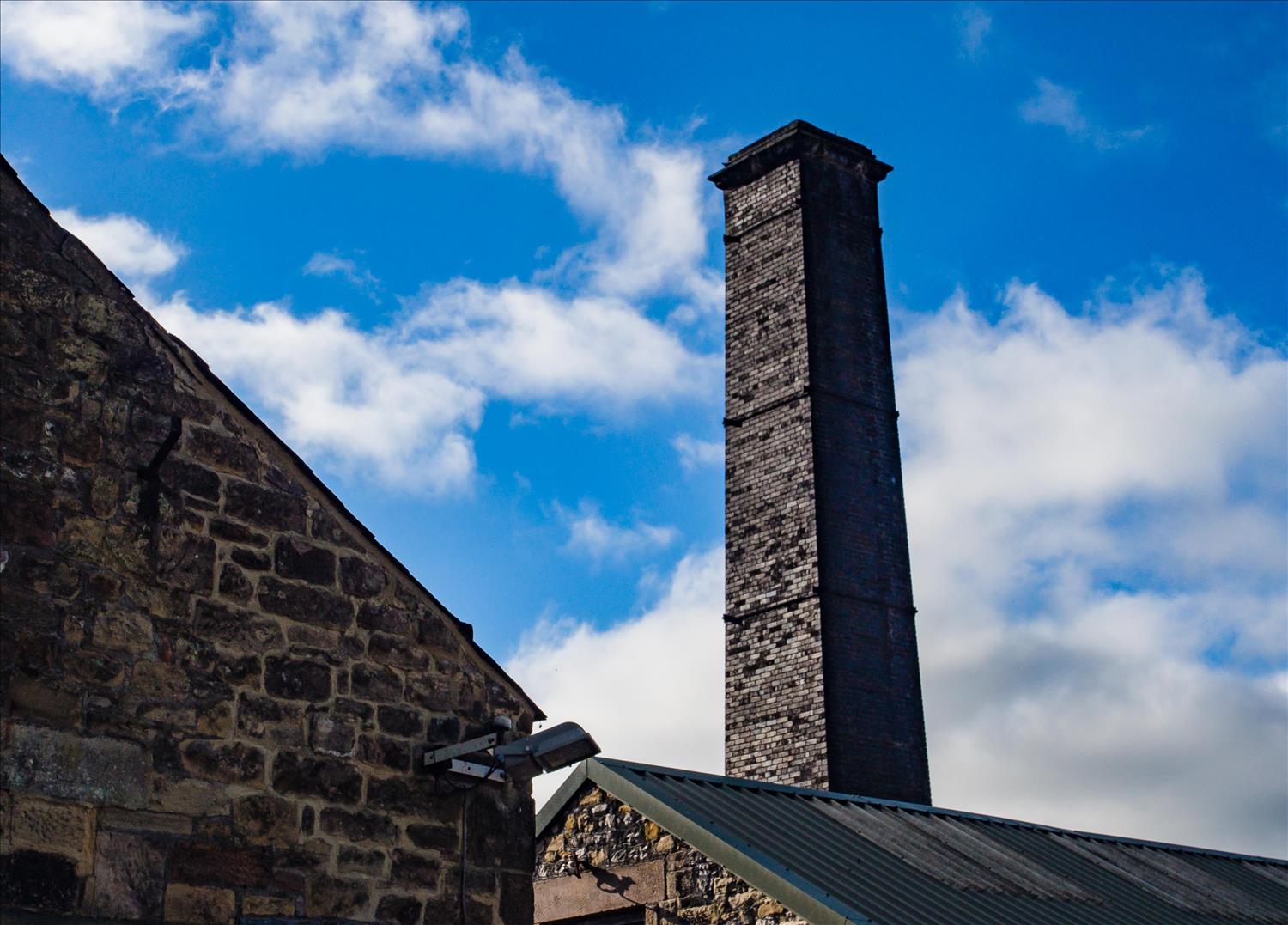 Litton Property Group purchased the site in 2001. A series of redevelopment and refurbishment programmes have already been under taken on some of the buildings, and further plans are in place to improve the estate and provide more modern, purpose built accommodation for local businesses.

Fearnehough House, the building opposite the entrance to Holme Lane, has planning permission for a 72 bed hotel, which will be occupied by Premier Inn. The hotel will deliver new jobs and fresh investment into the area.